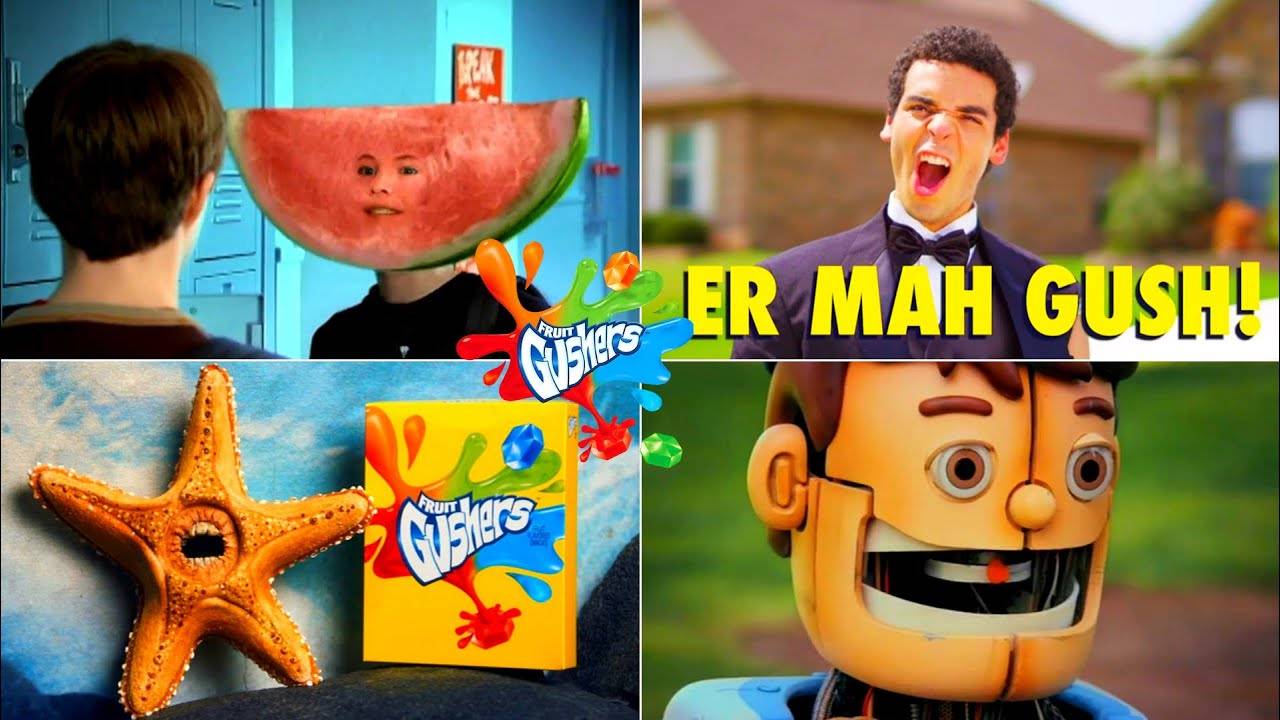 Most Beautiful and Perfect Moments in Sports

ER MAH GUSH! The Best Fruit Gushers Funny TV Commercials HD
When you hear about Gushers, that delicious sweet treat with the liquid center, you may harken back to the 1990’s when Gushers was your favorite lunchbox treat. Gushers wants to expand upon its lunchbox and after school treat glory to become a teen mega-brand in the sweet treat space.

Now, Gushers is both a brand that gushes (literally in a burst of liquid) as well as gushes in pop culture on teen relevant moments in an exaggerated burst of enthusiasm – that’s super fun and over-the-top in an entertaining and pretty sarcastic way as only Er Mah Gush will do. For the first time, Gushers will introduce its gushing personality to teens. Gushers wants to be the sweet, sweet treat that positively and humorously gushes about teen culture in a world full of pretty mean candy brands.

Fruit Gushers, commonly known as Gushers, are American fruit candy snacks in the shape of elongated hexagonal bipyramids, made primarily from sugar and fruit juice, with small amounts of other ingredients.

Introduced in 1991, they are produced by General Mills under the Betty Crocker brand name and may be found under generically labeled products as well. The inner center of each gusher is a thick, sweet liquid surrounded by a chewy gummy-like colored sugared covering. When one bites into the snack, the liquid inside “gushes” out, hence the name “gushers”. Fruit Gushers was the major sponsor for the YTV game show Uh Oh! from 2001 until the series ended in 2003.

Betty Crocker released a new variety of Fruit Gushers in early 2020: “Galactic Fruit Gushers”. These featured the flavors “Asteroid Apple”, “Berry Star Cluster”, and a mystery flavor labeled “Unidentified Flavored Object”; the latter was part of a contest where consumers could guess at the unknown flavor and win prizes “like sweatshirts, hats, blankets, pop sockets, and more”.