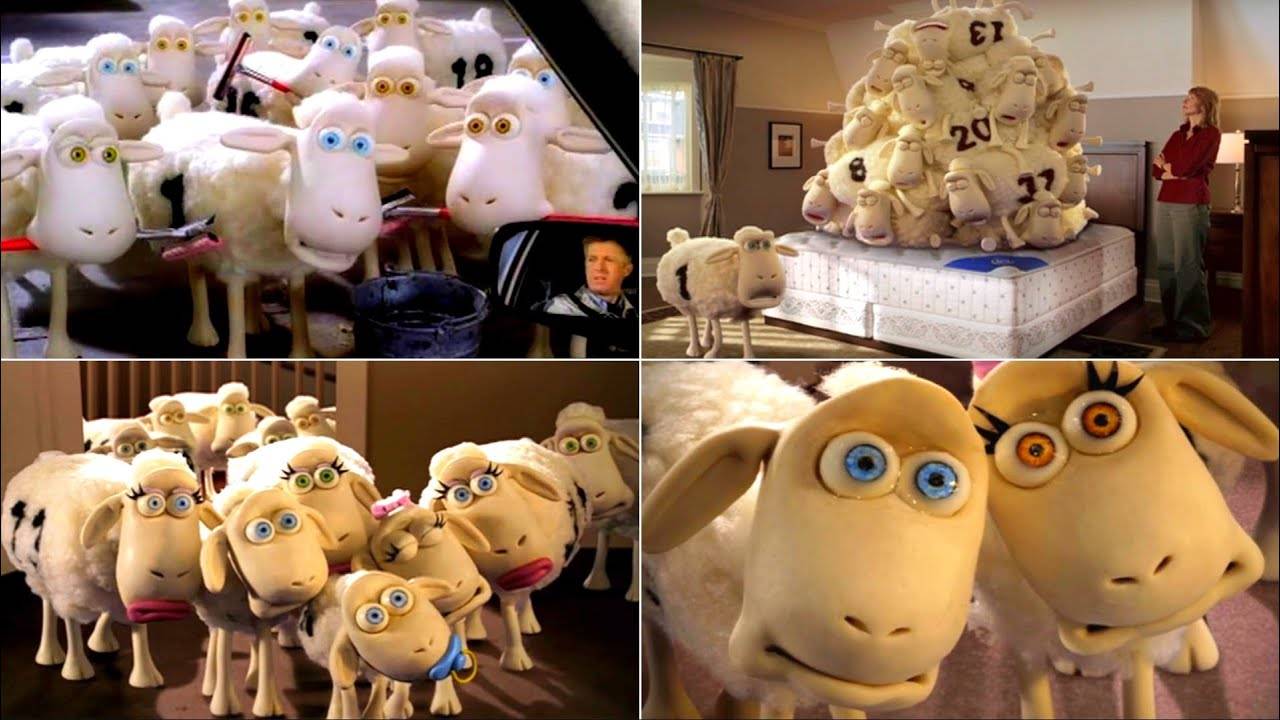 10 Future Concept Cars YOU MUST SEE

Meet Funniest SERTA Counting Sheep Classic Commercials
What’s the one thing everyone has been taught to do on those restless nights when they just can’t sleep? Count sheep, of course! In 2000, mattress brand Serta worked alongside advertising agency Doner to create a campaign called “Counting Sheep” that would ultimately revolutionize mattress advertising and increase awareness of the distinctive Serta brand.

The Claymation sheep, created by animation studio Aardman, may be bewildered by the news but they weren’t out of a job either. The ad campaign proved to be a huge success, winning a Gold Effie in 2002 with the herd inducted into our own Madison Avenue Walk of Fame in 2008.

Not one, not two, but thirteen Counting Sheep exist in the Serta universe. Let’s take a closer look at these icons and get to know more about their
distinctive personalities.

No. 1 | The Leader of the Flock
The boss of the herd, No. 1 is charismatic enough to attract the attention of ewes everywhere while scheming up endless ideas to keep his flock hard at work.

No. 2 | The Assistant
The right hoof man to No. 1 is none other than his assistant No. 2. As the second-in-command of the Serta Counting Sheep, No. 2 had a former life on the wrong side of the fence spent with some shady sheep.

No. 13. | Mr. Bad Luck
13 has a reputation for being associated with bad luck and No. 13 has had his share of it in spades. However, despite his mishaps, he’s full of good cheer. He has plenty of inspirational words of wisdom including “We’ll jump again!” to share with the herd whenever they become dispirited.

No. 9 | The Sub-Assistant
If No. 2 looks out for No. 1, then No. 9 is right behind No. 2’s every move. If there’s a physically demanding mission ahead, he can be depended on to be right on top of it. When he’s not tackling a new challenge, No. 9 also enjoys playing jokes. One of his favorites before he officially joined the Serta Counting Sheep flock was to back flip over fences to trick insomniacs into thinking he was No. 6 instead of No. 9.

No. 86 | Benedict Arnold
Are the rumors true? Is there actually a traitor in the midst of the Serta Counting Sheep flock? Many of the sheep, especially No. 1, aren’t quite ready to trust in No. 86 with sensitive information just yet. No. 86 thinks this is all quite silly really, since he just can’t help the fact that he naturally enjoys the comfort of Serta mattresses.

No. 1/2 | The Tweener
He’s got a mouth full of braces that makes chewing cud a real hassle, once dyed his wool blue, and would rather play in a rock band than jump over a fence. Yep, we can only be talking about The Tweener of the flock, No. 1/2. Despite his angst, the herd knows they can count on him to be a team player — and even though he doesn’t like the rules, No. 1/2 still pulls it together in a pinch.

No. 1/16 | The Baby
Baa-baa! No. 1/16 is truly The Baby of the flock, with a pacifier and soft fleece that has him adored by ewes and older lambs alike. For now, his favorite things to do are to be fed and cuddled, but he also has large hooves, which show off a great deal of potential for superb fence-jumping in the future.

No. 8 | The Dim Bulb
A bit more gullible than the rest of the flock, No. 8 is still quite endearing to the Serta Counting Sheep. Sure, he might be the first to dash away if he hears an unusual noise and may get lost more frequently than the rest of the herd, but his blunders are largely innocent.

No. 36 | The Dad
He’s the father of No. 1/2 and remembers the good ole days when every sheep was jumping fences for a living. Now, he’s on the Serta Counting Sheep flock and believes in the cause of taking down Serta as well as using his great powers of observation to do it.

No. 5 | The Sensitive One
Who doesn’t love a sensitive sheep? No. 5 has always been quick to jump over fences and also to conclusions. His emotions can sometimes get the best of him, but the Counting Sheep have embraced him into their hooves because of how affectionate he is. A true romantic at heart, No. 5 has been in love 16 times and is always happy to make the first date one spent taking a long walk in the pasture.

No. 90 | The “Bad Boy”
Is it possible for a sheep to be a jailbird too? Just ask No. 90, who once spent some time in the slammer due to, in his words, “being in the wrong place at the wrong time.”

No. 53 | The Pessimist
He’s got the potential to be one of the top fence jumpers, but No. 53 would rather indulge in junk food than train to better his performance. He’s on the crew because he’s No. 1’s first cousin.

No. 85 | The Backbone
The polar opposite of No. 53, No. 85 takes on every day with endless optimism and provides a much-needed backbone to No. 1’s brains of the operation. Rumor has it he was a circus sheep before he joined the Serta Counting Sheep, which may be why he’s famous for keeping up morale and also never using his vacation days.

A champion of comfort for all – https://www.serta.com/