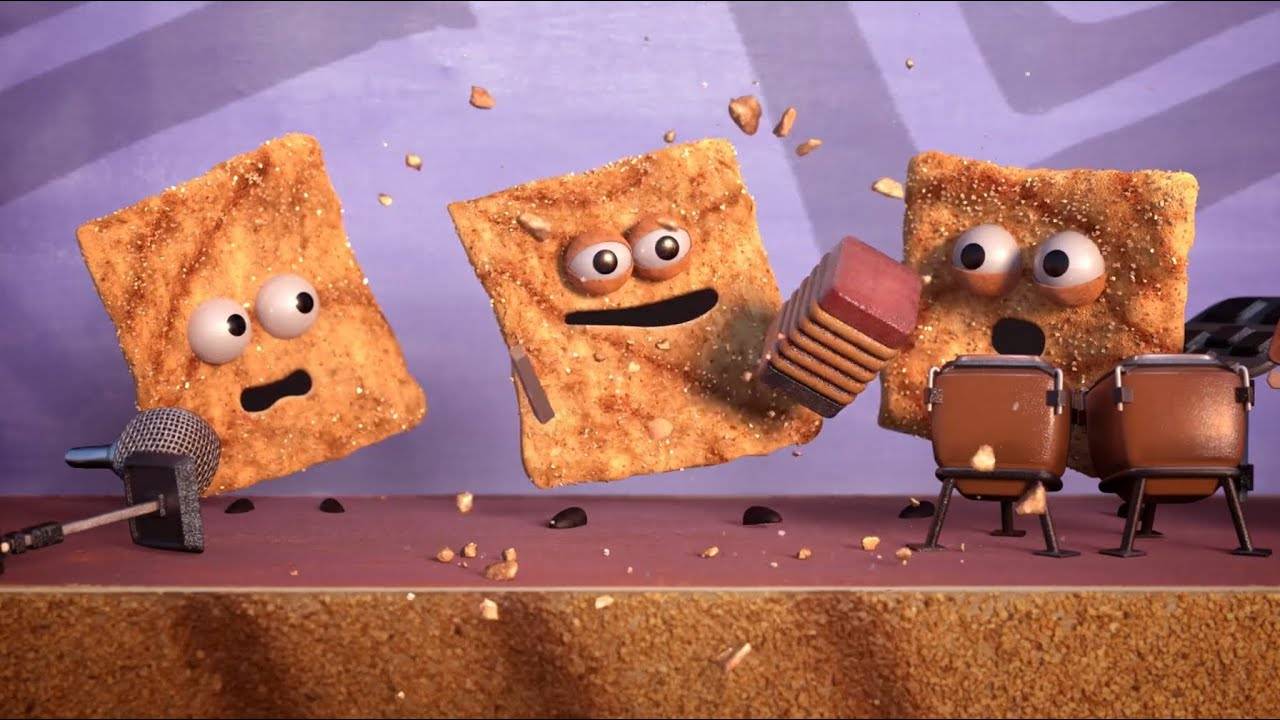 The Craziest Cinnamon Squares CINI MINIS Cereals are crunchy little squares with cinnamon you can see to fuel shameless pleasure!
CINI MINIS is the only cereal with the taste you can see, crunch you can hear, and lots of fun to share! Plus, it is made with whole grain and 8 important vitamins.

Cinnamon Toast Crunch, known as Croque-Cannelle in French, Canada, and Curiously Cinnamon in the UK (previously Cinnamon Grahams), and as a variant called Cini Minis in other European and Latin American countries, is a brand of breakfast cereal produced by General Mills and Nestlé. The cereal was first produced in 1984. Cinnamon Toast Crunch aims to provide the taste of cinnamon toast in a crunch cereal format. The cereal consists of small squares or rectangles of wheat and rice covered with cinnamon and sugar. Because of its rice content, when immersed in milk, one can hear “snap” sounds coming from it, similar to Rice Krispies. In most European countries and North America, the product is sold in boxes but in Poland and Russia, the cereal is sold in bags. The product was originally marketed outside Europe with the mascot of a jolly baker named Chef Wendell but was replaced as a mascot by the “Crazy Squares” which are sentient Cinnamon Toast Crunch squares that often eat each other in commercials.

CRUNCH INTO THE EPIC CEREAL BLASTED WITH CINNADUST! And meet the latest additions to the family, Chocolate Toast Crunch and Cinnamon Toast Crunch Churros – https://www.cinnamontoastcrunch.com/