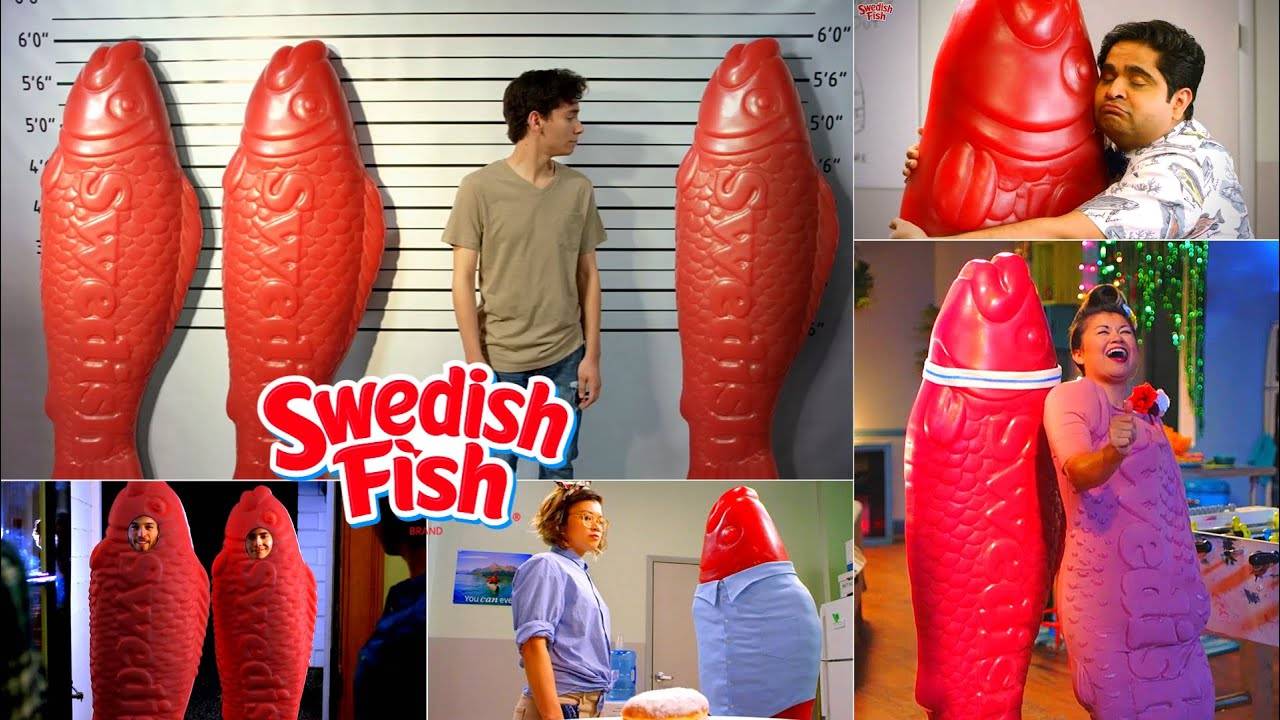 Adam Ludewig – Leave a Light On – The Voice Australia 2020

Swedish Fish is a fish-shaped, chewy candy originally developed by Swedish candy producer Malaco in the late 1950s for the U.S. market. The wrapper calls them “a fat-free food” and they are marketed in different colors and flavors.

In Sweden, a large share of confectionery sales is sold as pick and mix. Wine gums are sold in many different shapes, of which fish is just one. The Swedish Fish candy is marketed under the name “pastellfiskar”, literally “pastel fish”, and under the Malaco brand among others. The fish-shaped candies are also part of various Malaco bags of mixed candy. This candy bag has been sold for many years and is still a favorite among Swedes.

Today the Swedish Fish consumed in North America are made in Hamilton, Ontario, Canada, and Turkey by Mondelēz International. In Canada, Swedish Fish are distributed under Cadbury’s Maynards brand.

The fish are distributed in the U.S. by Mondelēz International and are most commonly found in specialty candy stores in which they can be bought by the ounce. The fish-shaped candy gained enough popularity on its own to where the Malaco, and later Cadbury, company had to do little advertising for the product, until this past decade. A recent resurgence in popularity has resulted in greater accessibility in supermarkets and convenience stores where they are often sold prepackaged in plastic bags. Building upon this resurgence, the company recently created “Giant Fish” television advertisements and a “Treadin’ Water” YouTube mini-series, which follows the miscellaneous adventures of four friends and a Giant Swedish Fish sharing an apartment. The first few episodes of the mini-series were published onto YouTube on May 9th, 2016.

Originally colored red with a flavor unique to the candy (often guessed to be lingonberry, but never verified), they are now also available in several different colors, such as Orange & Lemon-Lime. Purple Swedish Fish in grape flavor was discontinued in 2006. The fish come in two different sizes. Initially, the smaller fish came only in red; now fish of both sizes are available in all flavors. According to a visit to the factory on the Food Network’s show Unwrapped, green is not lime, but pineapple flavor, while yellow is a lemon-lime flavor.