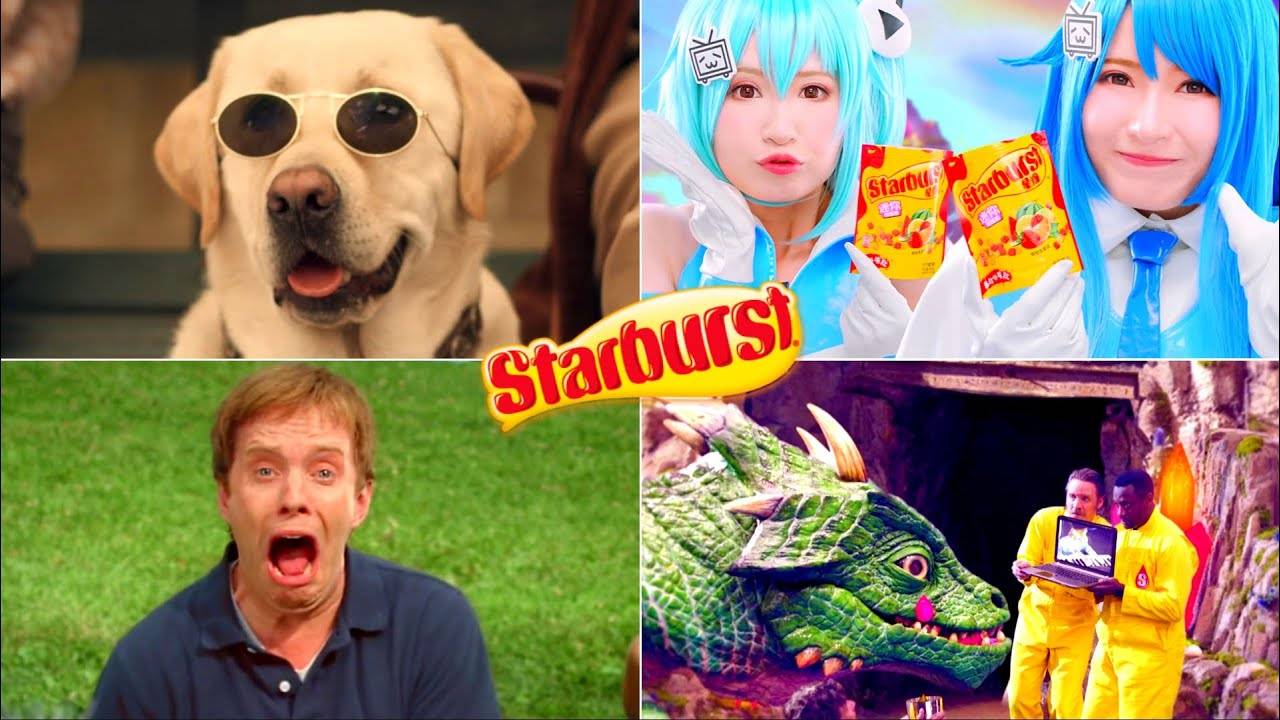 Have you experienced the unexpectedly juicy burst of bold fruit flavor inside every Starburst candy?
Treat yourself to the extraordinary juiciness that defines these beloved chewy candies.

The brand was introduced by Mars in the UK in 1960, named Opal Fruits by Peter Phillips (known as Peter Pfeffer at the time), the winner of a competition that won him £5. The four original flavors were strawberry, lemon, orange, and lime. Opal Fruits were introduced in the United States in 1967 as M&M’s Fruit Chewies and later, in the late 1960s, Starburst. Originally, Starburst came in the same flavors as Opal Fruits. Subsequently, its first variant, Sunshine Flavors, was released and was later renamed “Tropical Opal Fruits”. In Europe, lemon and lime were combined to become “Lemon and lime” to make room for a blackcurrant flavor.

The brand name Opal Fruits was phased out in the UK, followed by Ireland in 1998 in order to standardize the product in a globalized marketplace. In 2008, however, the supermarket chain Asda revived the original Opal Fruits in the UK for a period of 12 weeks starting 10 May 2008. On 6 October 2008, Mars acquired Wrigley and it transferred Mars’ non-chocolate candy brands, including Starburst, to the Wrigley subsidiary. The original flavors are now branded “Original Fruits”, and Starburst now comes in several assortments: FaveREDs, Limited Edition Retro Fruits, Tropical, Baja California, Sour, Strawberry Mix, Berries and Creme, Very Berry, and Fruity Slushies. Among the additional flavors are Strawberry Lemonade, Strawberry-Banana, Blue Raspberry, Blue Raspberry Rush, Cherry Splash, Citrus Slush, Kiwi, Banana, Plum, Passion Fruit, Mango, Blueberry, Blackberry, Raspberry, Melon, Watermelon, Tropical Punch, Green Apple, Orange Cream, Mixed Berries and Cream, Peaches and Cream, and Strawberry and Cream. Europe and the United States also has the “Sour” assortment, which includes Apple, Cherry, Pineapple, and Raspberry, as well as Strawberry Mix. As of early 2010, it was decided that Strawberry was the most popular flavor in the United Kingdom. Lime is also very popular within this demand.

Starburst in the UK is vegan, its packaging and website clearly stating “Suitable for Vegetarians”, and also does not contain any artificial colors or flavors. In the US, Starburst contains non-vegetarian gelatin in its ingredients.