All The Best Funniest Butterfinger Candy Commercials EVER! 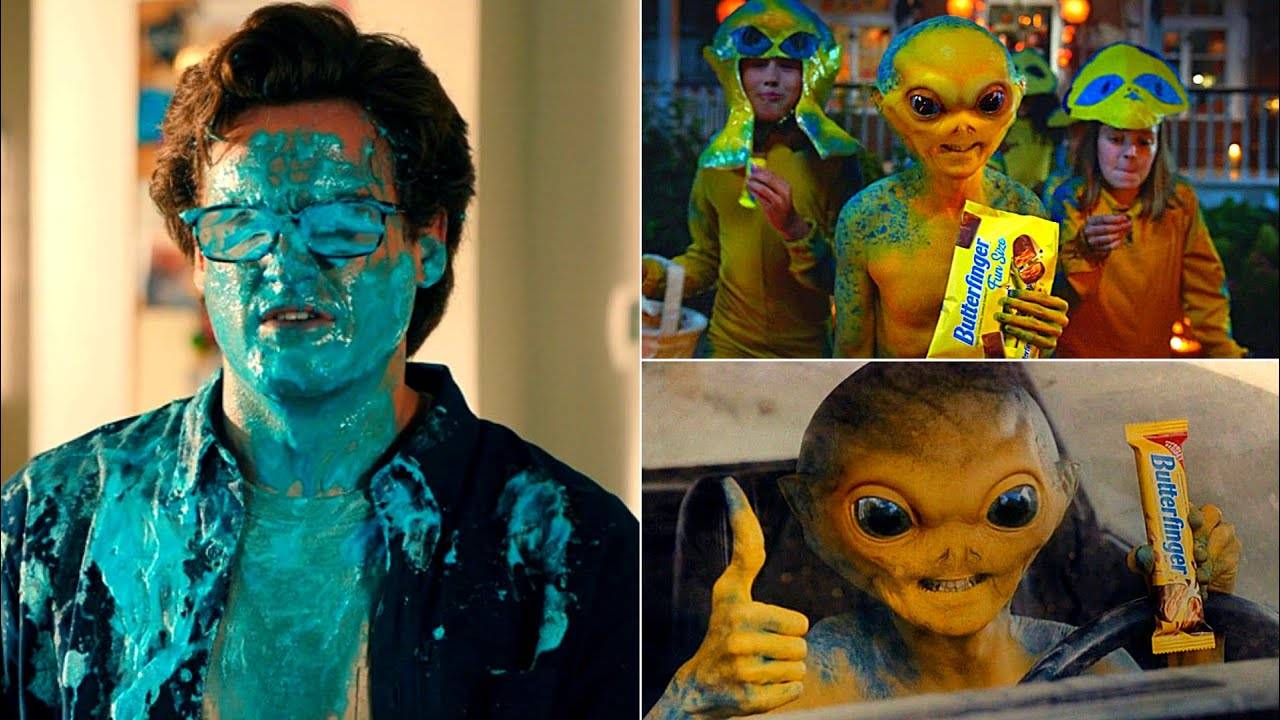 IF IT WAS NOT FILMED NO ONE WILL BELIEVE IT 2

All The Best Funniest Butterfinger Candy Commercials EVER! Nobody’s gonna lay a finger on my Butterfinger.
Butterfinger is a candy bar manufactured by the Ferrara Candy Company, a subsidiary of Ferrero. The bar consists of a layered crispy peanut butter core covered in chocolate.

Butterfingers were invented by Mr. Otto Schnering in 1923. Schnering had founded the Curtiss Candy Company near Chicago, Illinois, in 1922. The company held a public contest to choose the name of this candy. In an early marketing campaign, the company dropped Butterfinger and Baby Ruth candy bars from airplanes in cities across the United States as a publicity stunt that helped increase its popularity.

From 1988 to 2001, Butterfinger advertisements featuring The Simpsons, in their Tracey Ullman Show era, began to be marketed. They were immediately popular and boosted the franchise’s popularity. In 1992, The Simpsons began to appear in Butterfinger BB’s commercials. The Simpsons-Butterfinger marketing was phased out by 2001 but brought back in 2010.

Butterfinger campaigns include counting down the end of the world or BARmageddon, with evidence such as the first-ever, QR shaped crop circle in Kansas, a Butterfinger comedy-horror movie called “Butterfinger the 13th,” the first interactive digital graphic novel by a candy brand starring the Butterfinger Defense League, and several attention-grabbing April Fool’s Day pranks, including the renaming of the candy bar to “The Finger.”

On April 1, 2008, Nestlé launched an April Fool’s Day prank in which they claimed that they had changed the name of the candy bar to “The Finger”, citing consumer research that indicated that the original brand was “clumsy” and “awkward”. The prank included a fake website promoting the change that featured a video press release. When the joke was revealed, the website redirected visitors to the fictitious “Butterfinger Comedy Network”.

In 2009, a new advertisement for Butterfinger was produced that appeared to be a homage to the earlier The Simpsons commercials. In February 2010, Butterfinger revived its “Nobody better lay a finger…” slogan as “Nobody’s gonna lay a finger on my Butterfinger.” A comedy horror film entitled Butterfinger The 13th, was made to promote the product in October 2011.

In April 2013, an official announcement via the Twitter account of The Simpsons stated that the “Nobody better lay a finger on my Butterfinger” advertising campaign featuring Bart Simpson would be returning. In the opening sequence of “Treehouse of Horror XXVIII” (2017), the family appeared as candy in a bowl. Bart, a Butterfinger bar, tells his mother, Marge, specifically as a Marge Bar, he is scared, and she comforts him by stating he’s always the last taken.