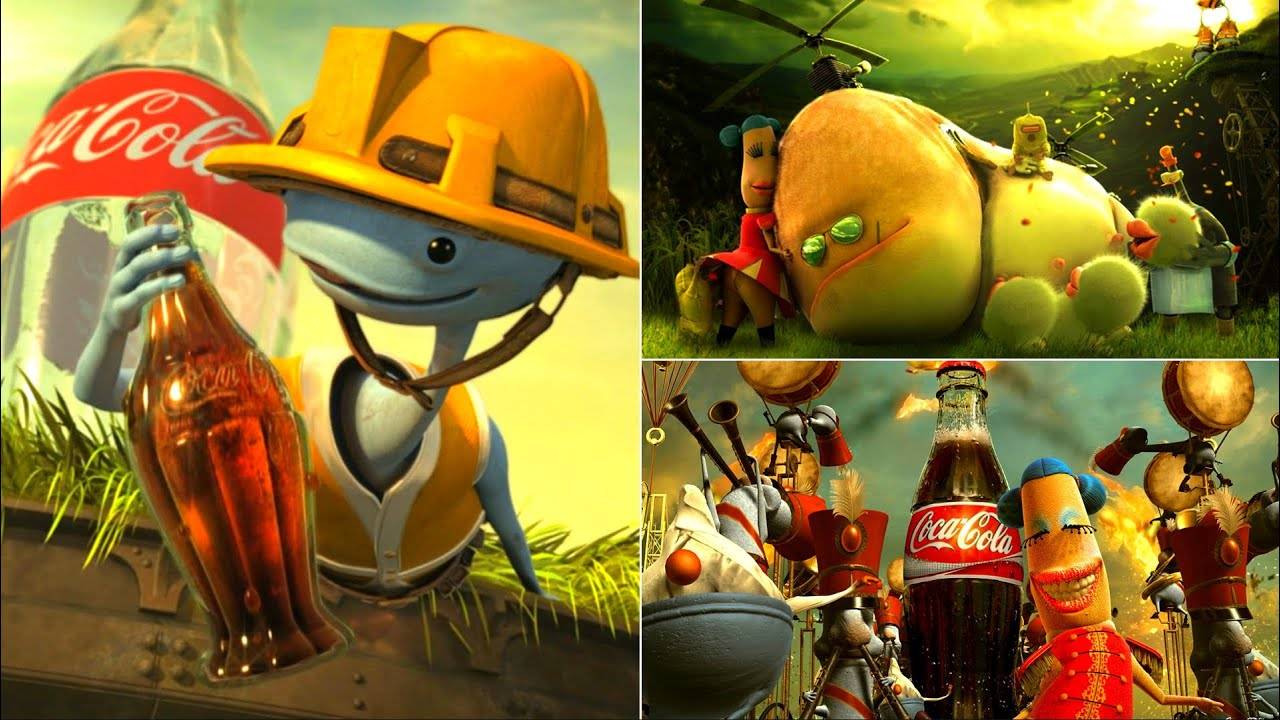 Coke Comes From Happiness Factory
A journey through a coke vending machine into a fantasy land of wondrous characters and spectacular landscapes contributing to the delivery of the bottle.

The third installment of Happiness Factory tells the story of what happens when a contagious yawn rips through the Happiness Factory and how only Coca-Cola can break its spell…and restore physical and emotional energy to the Factory.

Music was produced by Mark Altshuler at Human Worldwide.

Coca Cola, or Coke, is a carbonated soft drink manufactured by The Coca-Cola Company. Originally marketed as a temperance drink and intended as a patent medicine, it was invented in the late 19th century by John Stith Pemberton and was bought out by businessman Asa Griggs Candler, whose marketing tactics led Coca Cola to its dominance of the world soft-drink market throughout the 20th century. The drink’s name refers to two of its original ingredients: coca leaves, and kola nuts (a source of caffeine). The current formula of Coca-Cola remains a trade secret; however, a variety of reported recipes and experimental recreations have been published.

Coke sold 25 bottles in its first year, but currently sells 1.8 billion bottles per day. On average, over 10,000 soft drinks from Coca-Cola are consumed every second of every day globally.

EXPLORE POSSIBILITIES WITH EVERY SIP – https://us.coca-cola.com/offers/