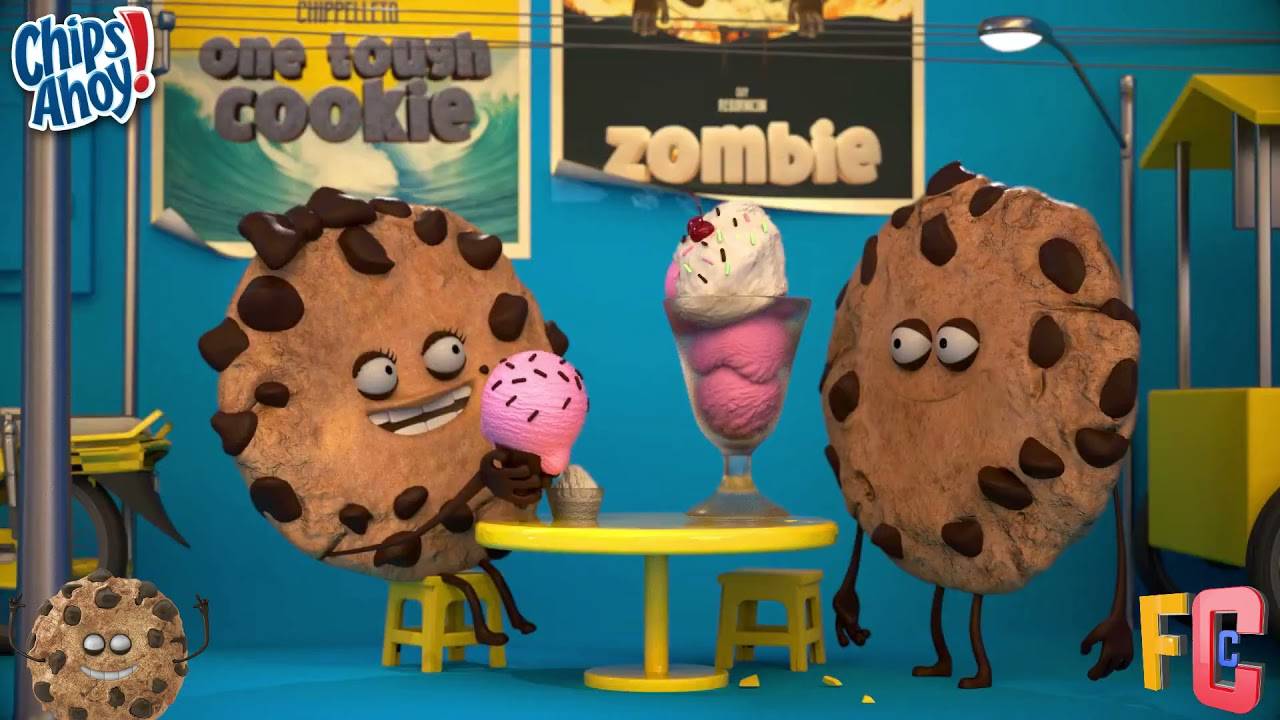 Judges BUZZ TOO EARLY On Britain’s Got Talent! | Top Talent

Funniest Chips Ahoy TV Commercials! More Chips, More Fun
With the abundance of real Choco Chips in every ChipsMore! cookie, there is always a​ way of having fun. Grab yours now and dial up the fun with ChipsMore!

Chips Ahoy! is an American cookie brand, baked and marketed by Nabisco, a subsidiary of Mondelēz International, that debuted in 1963. It is widely sold in the United States, Latin America (where its name in some countries is “Choco Chips” or “Chips More!”), South Africa, Canada, India, Spain, Portugal, China, Indonesia, Taiwan, Mauritius, United Kingdom, Italy and many more regions. It is marketed in varieties of 1 ounce (28 g) mini-sized cookie packages to around 48 ounces (1,400 g) packages of standard-sized cookies. It is the third best-selling cookie in the United States after Oreo, also a Nabisco-branded cookie, with an average of US$619.4 million in sales per year. By the 1980s, several different varieties of the cookie snack were being baked and shipped to grocery stores: chewy, sprinkled, and striped.

Nabisco says the name is, “a reference to the nautical term, Ships Ahoy!”. The words “Chips Ahoy!” also feature prominently in a story appearing in Chapter 15 of The Uncommercial Traveller, by Charles Dickens. Dickens relays a childhood tale of a shipwright, named Chips, who is taunted by a diabolical talking rat who predicts the sinking of Chips’s ship: “Chips ahoy! Old boy! We’ve pretty well eat them too, and we’ll drown the crew, and will eat them too!”. There is also a 1956 American animated theatrical short titled Chips Ahoy, with the same name.

Advertising campaigns
In the 1960s and early 1970s, Chips Ahoy bags featured comic strips of Cookie Man, a superhero character who subdued various cookie-devouring creatures, such as Fruit Fly or Big Wig. His alter-ego was Mort Meek, who was always seen “counting the 16 chips” in his Chips Ahoy cookie when he was attacked by one of the creatures, at which point he slipped into a phone booth, locker room, restroom, etc., to become Cookie Man and finish off the villain in a Bruce Wayne/Batman vein. These characters were also the subject of Chips Ahoy’s concurrent TV commercial campaign; and were both played by the same actor.

For a time in the mid-1990s, advertising labeled Chips Ahoy as being, “1,000 chips delicious!” The acquired theme song for most of Chips Ahoy! commercials during its most popular time in the 1990s was a portion of the song “Sing, Sing, Sing” by Benny Goodman’s jazz band in the 1930s. From 2001 to 2010, Chips Ahoy’s mascots were the animated “Cookie Guys” with one of their commercials having them drive a red convertible, singing the song Don’t You Want Me by The Human League, driving past a Chips Ahoy! sign. In 2010 the Cookie Guys were replaced by a live-action campaign on the theme of “joy” in which it is demonstrated that the simple act of opening a bag of Chips Ahoy! brand cookies induces feelings of delight and exultation to the degree that one is affected with “happy feet,” and begins dancing. In 2014, Chips Ahoy made its appearance to the UK and Ireland in two flavors, Popcorn Candy Chip and Crispy Choco Caramel. In Malaysia, The Chips More advertisements were seen similar to Chips Ahoy’s Cookie Man.

Chipsmore is a home-grown Malaysian brand that has come to be loved by both young and old. Since the first Chipsmore cookies were made over 20 years ago, the delicious chocolate chip cookies have become known for their generous amount of chocolate chips in every bite, have taken over and lead the market in the cookies segment.