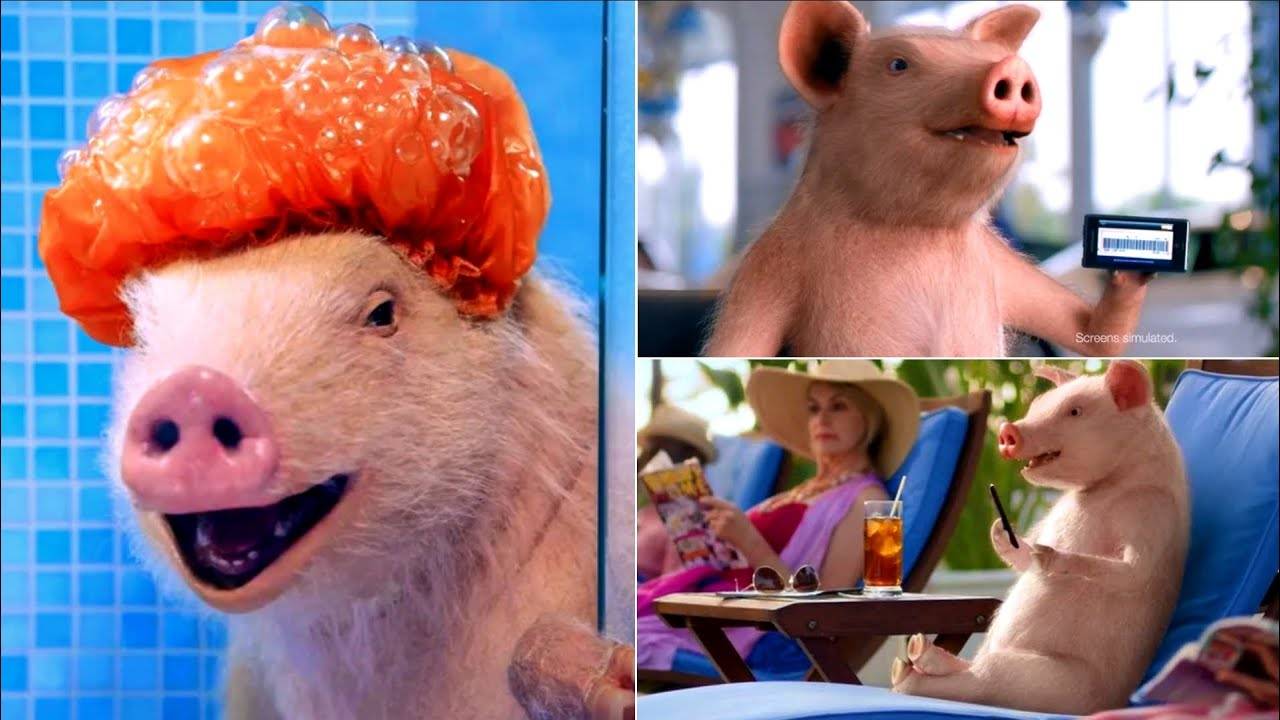 All Funny Maxwell the Geico Pig Commercials Ever!
Maxwell is the name of an anthropomorphic pig first introduced in GEICO’s Rhetorical Questions campaign. He would later inspire a series of his own commercials.

Maxwell was most likely named after his voice actor, Jonathan Maxwell.

Maxwell appears as a clean, average pink pig. The pig seems to switch between walking bipedal and quadrupedal. Depending on the commercial Maxwell features in, he is rendered in different styles, whether as a physical/animatronic pig prop or as a computer-generated form, the latter of which has been increasingly popular in later years. He also has small eyes, seemingly smaller than most pigs.

Did the little piggy cry “Wee wee wee” all the way home? You know the answer, but it’s still a carload of laughs every time.

Loving the commercials? Take a few minutes to get a car insurance quote with GEICO: https://bit.ly/QuoteGeico
Get the affordable car insurance coverage you deserve.
75 years of saving people money and providing 24/7/365 customer service.

The Government Employees Insurance Company – GEICO is an American auto insurance company with headquarters in Chevy Chase, Maryland. It is the second-largest auto insurer in the United States. GEICO is a wholly-owned subsidiary of Berkshire Hathaway that provides coverage for more than 24 million motor vehicles owned by more than 15 million policyholders as of 2017. GEICO writes private passenger automobile insurance in all 50 U.S. states and the District of Columbia. The insurance agency sells policies through local agents, called GEICO Field Representatives, over the phone directly to the consumer, and through their website. Its mascot is a gold dust day gecko with a Cockney accent, voiced by English actor Jake Wood. GEICO is well known in popular culture for its advertising, having made a large number of commercials

GEICO has many well-known ad campaigns. In 2012 GEICO spent over $1.1 billion USD in advertising or 6.8% of its revenue. All campaigns are made and produced by The Martin Agency in Richmond, Virginia. GEICO ads have featured several well-known mascots, including:

The GEICO Gecko is the most prevalent spokesperson mascot and speaks with a Cockney accent.
The GEICO Cavemen (from ads claiming using their website is “so easy, a caveman could do it”).
Maxwell, the GEICO “Piggy” who shouts a long “Whee” and appears in more radio and TV commercials.

GEICO’s been saving people money for over 75 years.
See how much you could save: https://bit.ly/QuoteGeico